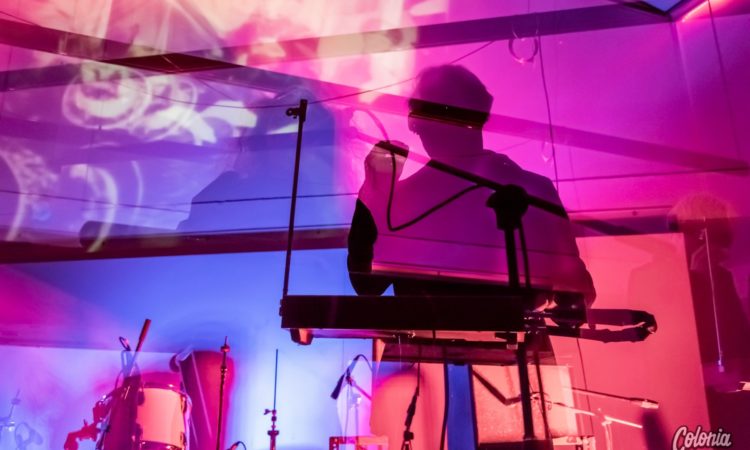 So please, if you have anything that you would like to say publicly about Clara Rockmore, her creativity and her works, – please write.

Clara Rockmore was a pioneer in the electronic music scenario who developed a technique to interpret the Theremin, which serves as a guide for all the Theremin practitioners.

What prompted you to play Theremin?

At the end of 2015 I put a pause on my personal music project “Monoplomo” where I use to compose the electro sequences and play the guitar. This happens after the lead singer leaves (second guitarist as well). I decided to give it a twist and focus on a “bluessie” sound with the intention of later on including a female voice.

By coincidence I found videos of Clara Rockmore, Lydia Kavina and Carolina Eyck. I was very impressed with the “human” quality of the sound that came out of an untouchable electronic instrument.

I consulted about Лев Сергеевич Термен, some performers of the Theremin (Grillo, Pringle, Stickney, etc) and manufacturers; after having watched a recital of Dorit Chrysler I knew that this instrument was to mark a key point on my musical and artistic interest.

The first time that I listened to the Theremin was on Internet, I was at home, it immediately transported me through time, I was mesmerized by it’s feminine tone and also by it’s particular approach as an electronic instrument.

I imagined how the sound of it would be if played with the acoustic of a church, like the melodies of a miserere, and so that really touched me in a profound sense, the sound and performance are very moving.

Music connects us as human beings, we resonate rhythmically and melodically.
I consider that thanks to the melodic nature of the Theremin, it makes it easy to harmonize with many different instruments and it goes along well with almost any music genera or rhythms of the world, which allows connection within the different cultures, through sound.

Since 2015 I’ve been experimenting and contemplating the spectrum of artistic possibilities, which has added value my personal and spiritual self, and developed a special interest on the concepts of resonance, improvisation, mistake and laughter.
Since 2016 the Theremin and drawing are central parts of this.

Personally, by practicing the Theremin I learn everyday about the control of body and thoughts, and how our actions affect space and the people around us.

Prospects for theremin and its place in modern music space – how you see them? For what qualities you value this  instrument?

The Theremin is an example of science, art and technology coming together, and that’s how it develops as well. Thanks to the internet, the practice of the Theremin has expanded on the last years and examples show how its taking place in music (folk, classic, commercial, microtonal, experimental and contemporary), even though it is still a novelty for the majority of the people and generates feelings of awe on the sometimes skeptical audience.
It is a powerful tool in the world of digital composition, based on samplers, effects and loops, because it is easy to connect with other devices and use as a MIDI controller.

I’ve only had the chance to play 4 different Theremins, 3 of different manufactured and listen to different models on Internet, each one has its “timbre and tone” and if we could put it this way its own “temper”.

The ETHERWAVE theremins by MOOG are very stable when you manipulate them, even though their sound still does not captivate me entirely.

I love the sound of LV3 by LOST VOLTS. It has a very dynamic and wide range and of a notorious microtonality. It is pretty stable and size that is small in comparison makes it very convenient to travel with.

The sound of Theremin 302 manufactured by HARRISON INSTRUMENTS, very much catches my attention, also the way that it is performed, even though I haven’t had the chance to play it.

I recommend to approach the instrument as a child does with their new toy: Be curious about it, have fun and experiment to the max until getting to understand the way it works, it’s possibilities and limitations.