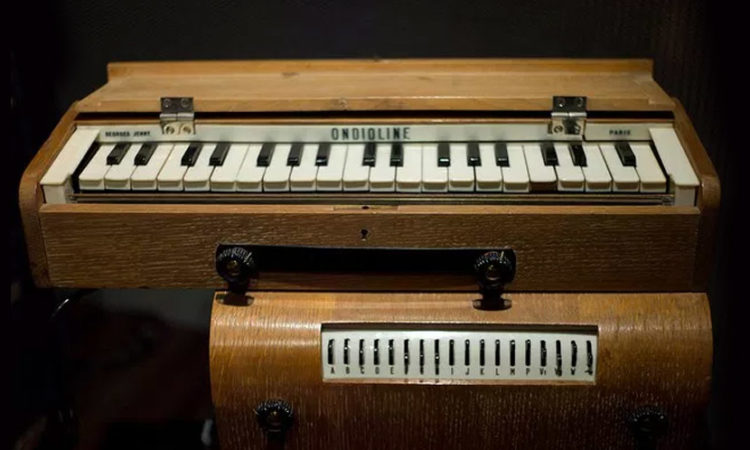 The Ondioline was invented in 1941, and produced in France throughout 1950s/60s. It was conceived by inventor Georges Jenny as a low cost Ondes Martenot; sharing the same lateral vibrato keyboard, with a knee-lever to shape volume. It was entirely valve-based with its own built-in amplifier and inspired the Clavioline, Jennings Univox and Hammond Solovox. The sound can be surprisingly realistic when the vibrato and knee lever are used together – organic, sinuous and extremely expressive.