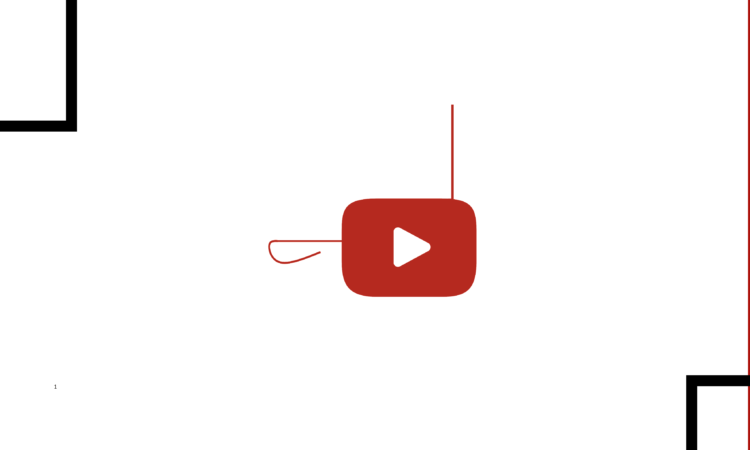 This year the video hosting YouTube turns 15 years old and, of course, You Tube it is great ability to instantly introduce your work to potentially unlimited audience, YouTube has changed the world.

The theremin turns 100 this year (for the second time, now we celebrate 100 years since the first theremin demonstration) and more and more theremin-videos appear on the Internet. It would not be an exaggeration to say that the Internet has become the main way of popularizing theremin in the world.

Today we are going to talk about the 10 most watched theremin videos on the YouTube.

1. KATICA ILLENYI ONCE UPON A TIME – ENNIO MORRICONE

Katica is a virtuoso violinist, singer and theremin performer from Hungary, from the very first video she conquered the Internet audience, her performance of Ennio Morricone melody , has collected millions of views in various Facebook pages and is now is the most watched theremin video on You Tube. Katica actively performs with the orchestra and is one of the most promising theremin players of our time.

2. PETER PRINGLE – OVER THE RAINBOW

Canadian singer, TV presenter and theremin performer, Peter Pringle, began to practice theremin after retiring after a successful singing and television career, he has several models of theremin in his collection, including theremin made by Lev Theremin himself. Since 1998, he has performed as a thereminist in Canada, including performing with the Montreal Chamber Orchestra, and in 2007, two years after the founding of You Tube, he opened his own channel and focused on publishing videos, Peter – one of the most recognizable thereminists on You Tube. His performance of the classic tune from The Wizard of Oz, Over the Rainbow on the original theremin 1929 became the starting point for many aspiring thereminists and opened the theremin to many Internet users.

Three years ago guitarist and popular You Tube blogger Rob Skallon (2 million subscribers and 400 million video views) used the theremin on his album “The Scene is Dead”, and a year ago he invited German thereminist Carolina Eyck for talk and improvisation. This video dedicated to the theremin has collected about 9 million views.

4. CAROLINA EYCK – THE ECSTASY OF GOLD

Carolina Eyck is very active on her You Tube account, but her performance of the melody of Ennio Morricone from The Ecstasy of Gold, in which she uses a looper and combines the sound of her own voice and the theremin, gained real popularity. This performance is also popular on other social networks, with 7 million views on You Tube making Carolina the 4th in our ranking.

The 5th place was taken by the inventor of the theremin, Lev Theremin, with an excellent performance of the romance “Don’t scold me, my dear” by Alexander Dubuque, this recording was made in 1954 for Soviet television and it is one of the most frequently used videos of Lev Theremin, which gained millions of views and in other social networks. 4,000,000 views on You Tube and 5th in our ranking.

Thereminist Randy George came to You Tube 13 years ago and his videos started to gain popularity pretty quickly. “Crazy Cover” is one of the funniest and most creative theremin videos on You Tube, and I’ve shown it quite often in my lectures on modern theremin. Currently Randy is the developer of Midi Merlin – a program that converts audio to midi and is working on improving the author’s technique of playing the theremin. I’m very sorry that we had not seen his new videos for a long time, come back Randy!

One of the first videos of the French theremin performer, Gregoire Blanc, exhibited 7 years ago, occupies the 7th line of our rating and gained popularity on You Tube and Facebook – a fragile teenager playing a beautiful Claude Debussy melody against the background of the chromakey has aroused great love from Internet users … In recent years, Gregoire has been working rather seriously on video content on his YouTube channel, I can’t say that this video is his most successful work, but it is the choice of audience – about 3.8 million views! By the way, here you can hear “CLAIR DE LUNE” performed by Gregoire on the new theremin “Claravox” in 2020.

8.RANDY GEORGE – SOMETHING ABOUT US (DAFT PUNK COVER)

Did I mention that Randy creates very creative videos? And here he is again in our ranking, with 3.7 million views with his cover of the song of the popular French group Daft Pank. By the way, Randy is the first thereminist of the 21st century who decided to play sitting on a drummer’s chair – usually the theremin is played standing, the exception were only students of the Soviet thereminist Konstantin Kovalsky. Randy’s example was contagious and now you can see many theremin performers sitting .

The reference performance on the theremin is the legendary “Swan” of the theremin virtuoso and student of Lev Theremin and Leopold Auer, Clara Rockmore, has gained only about 3 million views, despite the help of Google (doodle with a theremin and a story about Clara appeared on the Google homepage in April this year. This video is an excerpt from a 1976 film that was shown on American television and is available entirely on the Internet. Clara plays the theremin by Lev Theremin in her living room, part of the piano performed by her sister, professor of the Juilliard School, pianist Nadia Reisenberg By the way, I highly recommend listening her album with unknown recordings, where Clara also plays Franck’s Sonata.

Thomas Grillo is one of the first who actively created videos with theremin on You Tube – his channel has a lot of theremin performances, but the most popular is his training video, probably it’s the most popular theremin lesson on the internet!